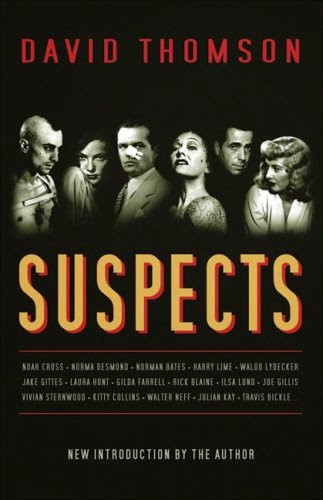 This novel by film critic and historian David Thomson is composed of short biographies of over eighty movie characters, showing how their lives intersect. For instance, Norma Desmond (Sunset Boulevard) bought her mansion from her former lover Noah Cross (Chinatown.) Norma's son by Joe Gillis was raised by her butler and ex-husband Max von Mayerling after Norma was put in a mental institution following her fatal shooting of Joe; this son grew up under the name of Julian Kay (American Gigolo.) Noah Cross' daughter Evelyn was friends with Vivian Sternwood (The Big Sleep.) And that's just the tip of the iceberg. For various reasons, I put this book in the alternate universe appendix of the new volumes, but it's a very interesting novel, if rather depressing. Thomson also authored a semi-sequel, Silver Light, which features characters from several movie westerns, which I have also written up.