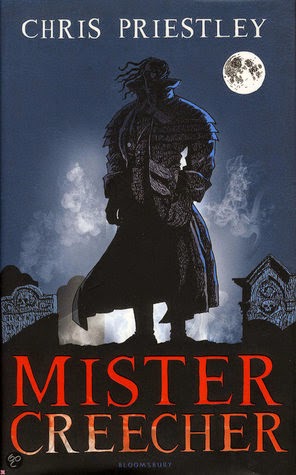 In 1818, Victor Frankenstein’s monster befriends a young street urchin and pickpocket named Billy, who attempts to help him find his creator in order to convince Victor to make another such creature. Billy is a young Bill Sikes, from Charles Dickens’ novel Oliver Twist. The novel definitely takes place in 1818, as Percy and Mary Shelley appear, making a visit to London that corresponds to one they made in real life in that year. Historically, the Shelleys married in 1814, when Percy was 21 and Mary 16. However, in the CU the events of Frankenstein take place in 1790-1800, creating a chronological conflict that cannot be reconciled. Therefore, I have placed this novel in an AU.

Posted by Sean Levin at 9:12 AM No comments: 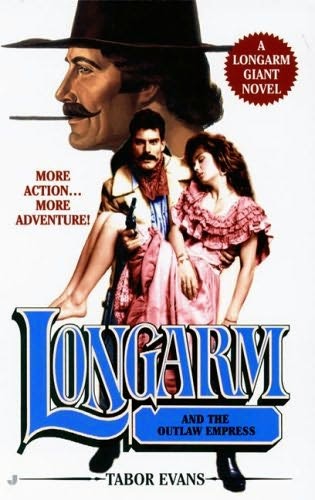 Longarm and his old acquaintances Jessie Starbuck and Ki find themselves separately drawn to the town of Zamora, a haven for criminals, seeking justice. Zamora is under the control of a new version of the Cartel Jessie and Ki once battled. Jessie Starbuck and Ki appeared alongside Longarm in the first ten Longarm Giant books, and also battled the Cartel solo in their own series of books, the Lone Star series written under the pen name Wesley Ellis. The Cartel becomes a recurring element of Reasoner’s Longarm Giants with this book. Since Longarm is in the CU through his meeting with Clint Adams and John Slocum and references to fictional authors from the Cthulhu Mythos, so are Jessie and Ki. 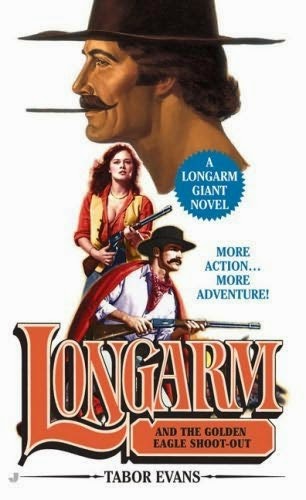 Longarm works alongside former Pinkertons Raider and Doc Weatherbee. This crossover brings in the main characters of J.D. Hardin’s Doc and Raider series. 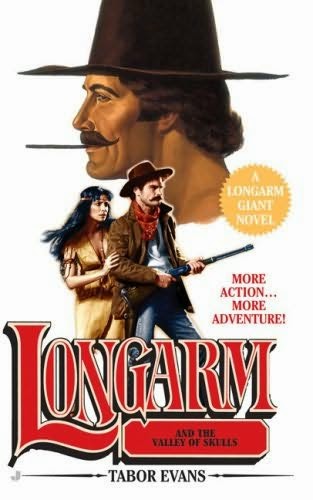 Longarm teams up with the soldiers of Easy Company and John Fury to bring down a mob of hooded killers preying on settlers in the Valley of Skulls in the Wyoming Territory. This crossover brings in two more Western series: John Wesley Howard’s Easy Company books and Jim Austin’s Fury novels. 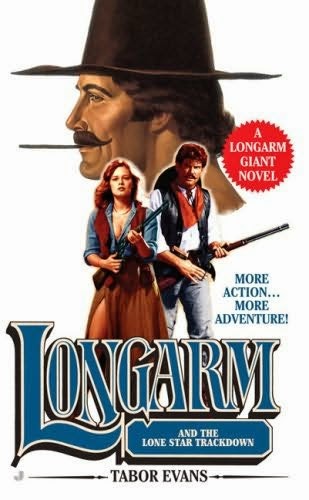 Longarm comes to the rescue of a kidnapped Jessie Starbuck. Raider lends a helping hand. 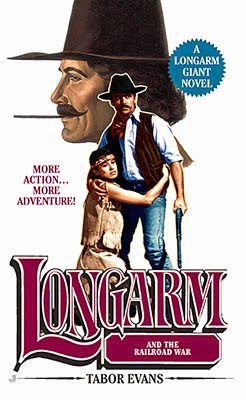 Longarm investigates sabotage on a railroad line being built in Wyoming, and encounters Jessie Starbuck and Ki once more in the process.