Crossover Cover: Dillon and the Pirates of Xonira 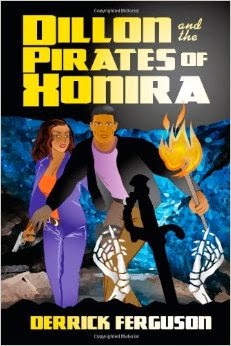 New Pulp author Derrick Ferguson's Dillon books and stories often have Easter Egg references to other works of fiction, including some of Ferguson's other books and stories, as well as some works by others that have already been incorporated into the CU. This novel has a few Easter Eggs, including references to a TV series and a book that have previously been incorporated into the CU. Dillon battles Professor Alonzo Sunjoy, who is instructed to cut the engines of his hydrofoil by a member of the Advanced Counter Espionage Syndicate in a Scorpion Attack Helicopter, which is from the movie Fire Birds. Some time later, Dillon is asked to investigate piracy on the island of Xonira by the Braithwaite group, which was founded in 1973 by a man heavily involved in world politics who thought globally, although he worked for the British government. Braithwaite is the British agent who recruits Lee to travel to the evil Han’s island and investigate his criminal activities in the 1973 film Enter the Dragon. Dillon asks for a Black Yukon Sucker Punch, and travels to Xonira in a high-tech submarine, the Morgan Adams. The Black Yukon Sucker Punch is a drink from the television series Twin Peaks, while the Morgan Adams is named after the pirate played by Geena Davis in the movie Cutthroat Island. Dillon tells his friend and comrade Eli Creed to fly to MARDL and stay there until he can arrange other accommodations for them. MARDL (Miami Aerodrome Research & Development Laboratories) is from the Challenger Storm novels by Don Gates. Dillon types a code into his Worldstar satellite phone that lets the Morgan Adams know that he has arrived safely on Xonira. A World Star satellite phone appears appears in Pamela Fryer's novel The Midnight Effect, but given the slightly different spelling, I'm not sure if this is a reference or not. The Pirate Emperor uses the Bonetti Defense during a sword fight with Dillon. The Bonetti Defense is from William Goldman’s book The Princess Bride, as well as Rob Reiner’s film adaptation. 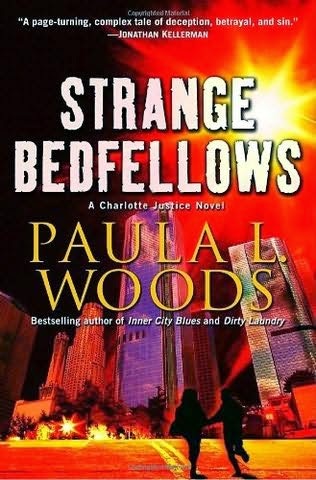 The fourth novel in Paula L. Woods' series about L.A.P.D. Homicide Detective Charlotte Justice is set in March of 1993. Charlotte sees her superior, Lieutenant Stobaugh, speaking to Harry Bosch, and thinks that he couldn't be trying to get Bosch transferred back to Robbery-Homicide. She wonders if Stobaugh intends to replace her with Bosch. Since Michael Connelly's cop Harry Bosch is in the Crossover Universe, so is Charlotte Justice. Bosch was reinstated to robbery-homicide in the 2005 novel The Closers.
Posted by Sean Levin at 7:46 AM No comments:

The Librarian(s) in the CU 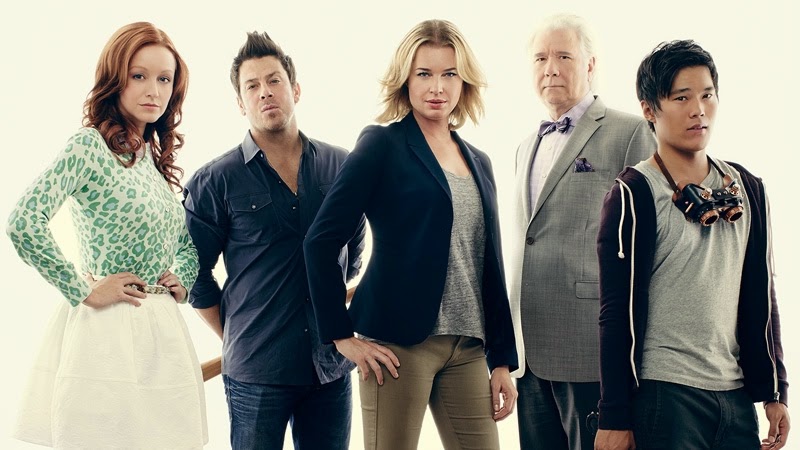 In the 2004 TV movie The Librarian: Quest for the Spear, genius Flynn Carsen is kicked out of college, and receives a job offer from the Metropolitan Public Library. He soon discovers that he has been appointed to act as "the librarian," the guardian of historical and often magical items found in a hidden section of the library. When the evil Serpent Brotherhood steals one of three pieces of the Spear of Destiny, which when combined can be used to control the world, Flynn must go on a quest to prevent them from acquiring the other two pieces. He finds the last spear piece in Shangri-La. After defeating the Brotherhood, Flynn learns that the Death Scorpion Cult has stolen H.G. Wells’ Time Machine. The connections to Shangri-La (from James Hilton’s Lost Horizon) and the Time Machine (from H.G. Wells’ novel of the same name) bring Flynn Carsen into the CU. Various accounts set in the CU have portrayed different parties as possessing the Spear of Destiny. It has yet to be determined which, if any, of these stories features the true Spear.

In the 2006 TV movie The Librarian: Return to King Solomon's Mines, Flynn and archaeologist Emily Davenport strive to prevent a thief from plundering the treasures of King Solomon’s Mines. While traveling to the mines, they pass the Breasts of Sheba and Three Witches Mountain. Both landmarks are from H. Rider Haggard's first Allan Quatermain novel, King Solomon's Mines. Solomon’s treasure must have been returned to the African mines from the Pacific island where it was kept for a time, as seen in the Tales of the Gold Monkey episode "Legends Are Forever."

In the 2008 movie The Librarian: Curse of the Judas Chalice, Flynn battles the vampire Vlad Dracula, who has rejuvenated himself by drinking from the Judas Chalice. Supposedly, Dracula was left crippled and stripped of most of his power after drinking from the corpse of a cholera victim hundreds of years ago. This “Dracula” is most likely a “soul-clone” of the true Count.

In 2014, the TV series The Librarians debuted, featuring a new team of Librarians hand-picked by Flynn. The group's greatest foe is the Serpent Brotherhood, led by an immortal named Dulaque. Last night's episode, "The Librarians and the Apple of Discord," continued the pattern of crossovers in the franchise. The World Crime League is named as one of the factions that sent a representative to a conclave of supernatural beings. The League is from the film The Adventures of Buckaroo Banzai Across the 8th Dimension. Jenkins, the group's caretaker, refers to the amendment to the Wold Newton bylaws at a prior conclave. The conclave involving the Wold Newton bylaws may have been part of a larger conclave that happened in Wold Newton, Yorkshire on December 13, 1795, as originally revealed by Philip José Farmer in Tarzan Alive, and elaborated on by Win in “The Wild Huntsman.” The O2STK is also mentioned. The O2STK (Organization Too Secret to Know) is from Javier Grillo-Marxuach and Les McClaine’s comic book The Middleman. 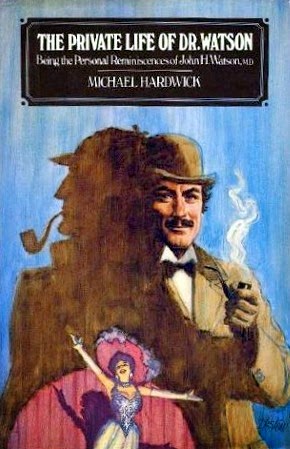 Dr. Watson recounts his life prior to his historic first meeting with Sherlock Holmes. Referring to his mother’s family, the Hudsons, Watson states, “Their issue in my time included a gamekeeper with two sons of totally contrasting status. The elder, Donald, was a civil engineer. His brother, Angus, went into domestic service, rising to be a butler well known in the highest strata of London society.” Angus and Donald Hudson are from the British television series Upstairs, Downstairs. Hardwick wrote tie-in novels for that series. Among the members of Watson’s regiment in Afghanistan are Colonel Ripon and his illegitimate son, Will Gale, as well as Captain Fletcher. Ripon, Gale, and Fletcher are from the novel For Name and Fame by G.A. Henty. Several details in this novel conflict with Watson’s CU history, placing it in an AU. Both Watson’s parents are portrayed as Scottish, and he was raised in Scotland, whereas in Farmer’s The Adventure of the Peerless Peer, Watson says that he is of Scots descent on his mother’s side, suggesting that he does not have any on his father’s. His middle name is given as Hudson, whereas in the CU it is Hamish. Watson also has a sexual encounter as a teen with Aggie Brown, a maid at his school. Watson later discovers that this fling resulted in a son named Frank. When one of his fellow medicos tells Watson about Ripon’s relationship to Gale, he describes Gale as Ripon’s “bull pup,” calling it an old family expression. At the end of the novel, Watson begins financially supporting Frank; this explains why Dr. Watson referred to keeping a bull pup in A Study in Scarlet. However, in H. Paul Jeffers’ story “The Adventure of the Old Russian Woman,” which takes place in the CU, it is revealed that Watson was using “keeping a bull pup” as a metaphor for having a temper.