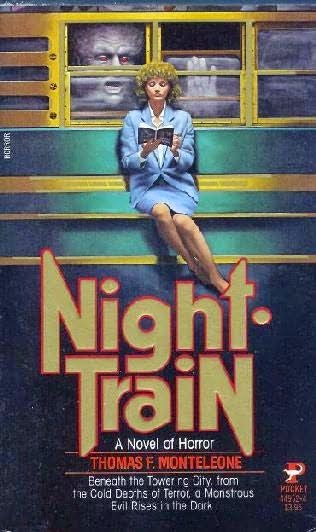 Lieutenant Michael Corvino of the NYPD, TV journalist Lya Marsden, and Professor Lane Carter investigate dark, otherworldly forces lurking in New York City’s subway tunnels. Carter tells Corvino and Marsden about megapolisomancy, a mystical theory created by an early twentieth century occultist named Thibaut de Castries, who wrote a titular book about the subject. De Castries postulated that as cities grow older and more defined, they take on a metaphysical life of their own, attracting paranormal beings. Besides de Castries’ book, Carter searches a number of other volumes for hints as to what lurks beneath Manhattan, including The Necronomicon by Abdul Alhazred. Carter borrows an object called the “key of Cthulhu” from a friend at Miskatonic University in order to defend himself and his comrades against the underground creatures. Thibaut de Castries and his book Megapolisomancy: A New Science of Cities are from Fritz Leiber's novel Our Lady of Darkness, while Abdul Alhazred's Necronomicon, Cthulhu, and Miskatonic University are staples of Lovecraft's Cthulhu Mythos.
Posted by Sean Levin at 8:29 AM