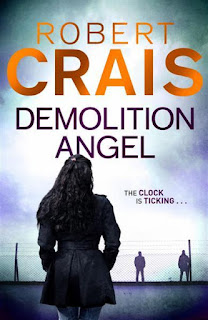 Carol Starkey investigates a bombing. John Chen appears, and Samantha Dolan is mentioned. Serial bomber Mr. Red eats at Big Kahuna Burger. Big Kahuna Burger has appeared in several films, most notably Pulp Fiction; this reference brings the events of this novel into the CU. Carol Starkey would go on to appear in other books by Crais. John Chen and Samantha Dolan are from Crais’ Elvis Cole novel L.A. Requiem.


For the record, I will be attending FarmerCon/Pulpfest from Friday until Sunday, and may or may not post here while I'm in Columbus. However, I will post a convention report on my personal blog, Diary of a Madman, when I return.