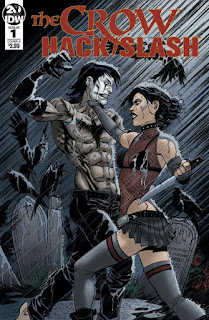 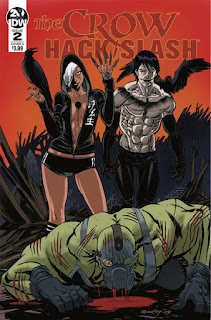 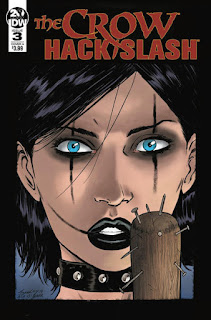 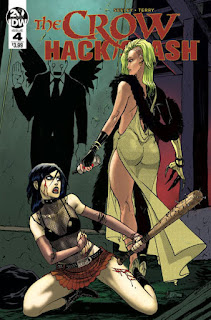 When Vlad is wounded, Cassie Hack reluctantly teams up with Marcus Grieves, a revenant empowered for vengeance by a mystical crow, to take down another such individual who refused to return to the afterlife after getting revenge on her killer. James O’Barr’s comic book The Crow is already in the CU through crossovers with Razor and Sonja Blue, and this story further cements its inclusion. Cassie says she has been hunting slashers for about six years, which would place this exploit in 2009.
This crossover will be included in my book Crossovers: A Secret Chronology of the World Volume 3, to be published by Meteor House. All three volumes are AUTHORIZED companions to Crossovers: A Secret Chronology of the World Volumes 1 and 2 by Win Scott Eckert!
Posted by Sean Levin at 6:20 AM