Crossover Covers: Return of the Monsters

In 2011, Moonstone Books did four one-shot comics pitting pulp heroes against classic monsters. Three of them had crossovers: 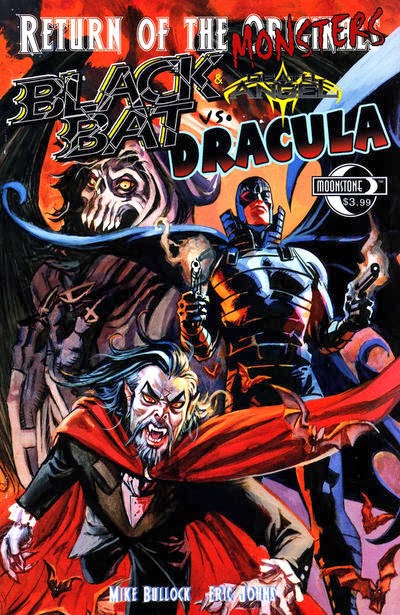 The Black Bat and Death Angel (an original vigilante created by writer Mike Bullock) vs. the Lord of the Vampires. 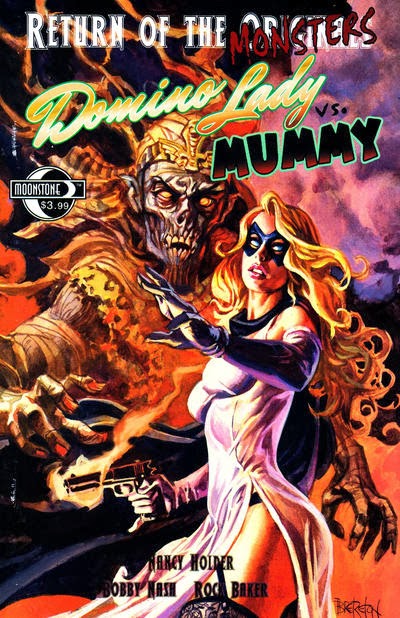 In this one, the Domino Lady refers to Ravenwood, an occult detective who had his own backup feature in the pulp Secret Agent X. 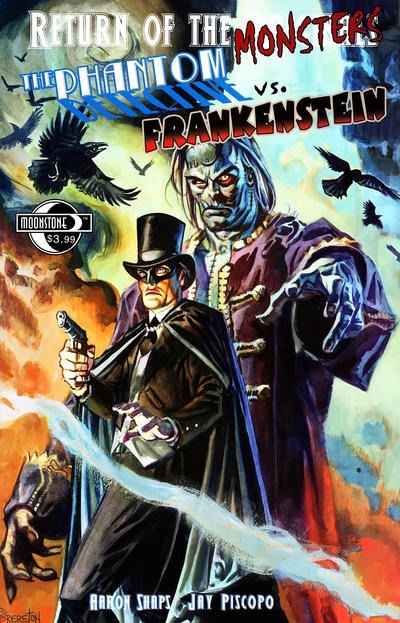 Besides the obvious featured characters, there are also references to other pulp characters: Donald Wandrei's scientific detective I.V. Frost, providing his first known link to the Crossover Universe; the aforementioned Domino Lady and Black Bat; and the Spider.

There was also a fourth one-shot, The Spider vs. Werewolf, which didn't have any crossovers. Nevertheless, here's the cover for anyone who's interested: 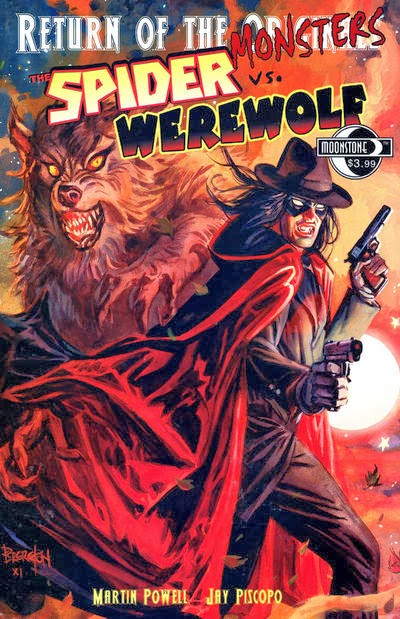