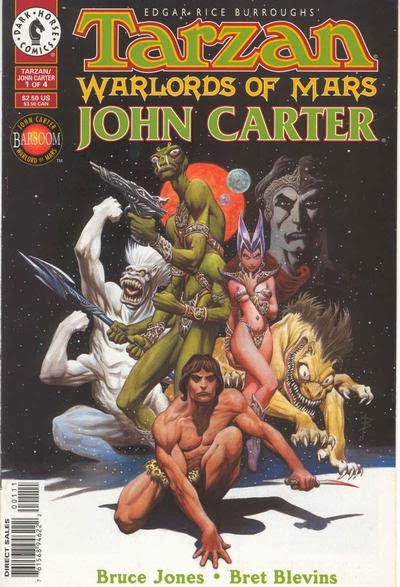 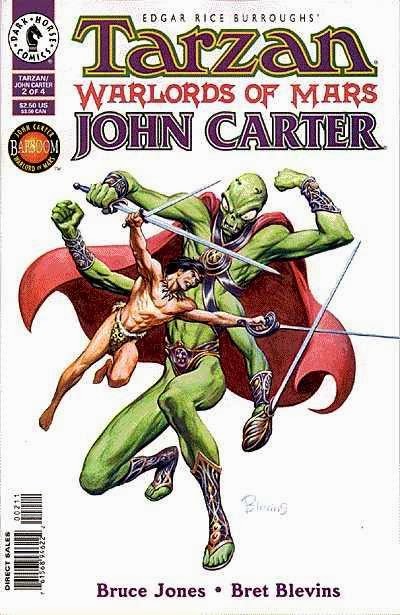 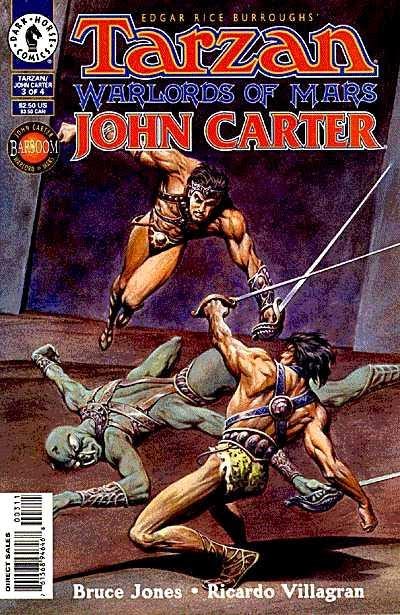 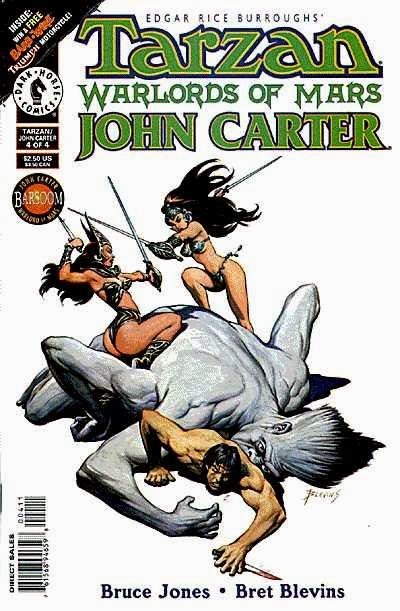 This miniseries is one of a few crossovers in literature and comics between Edgar Rice Burroughs' two most famous creations. Most recently, last Sunday, the Tarzan comic strip identified John Carter as a distant relative of Tarzan's wife Jane, which fits in rather well with Farmer's identification of her mother as the former Jane Carter Lee.
Posted by Sean Levin at 9:59 AM