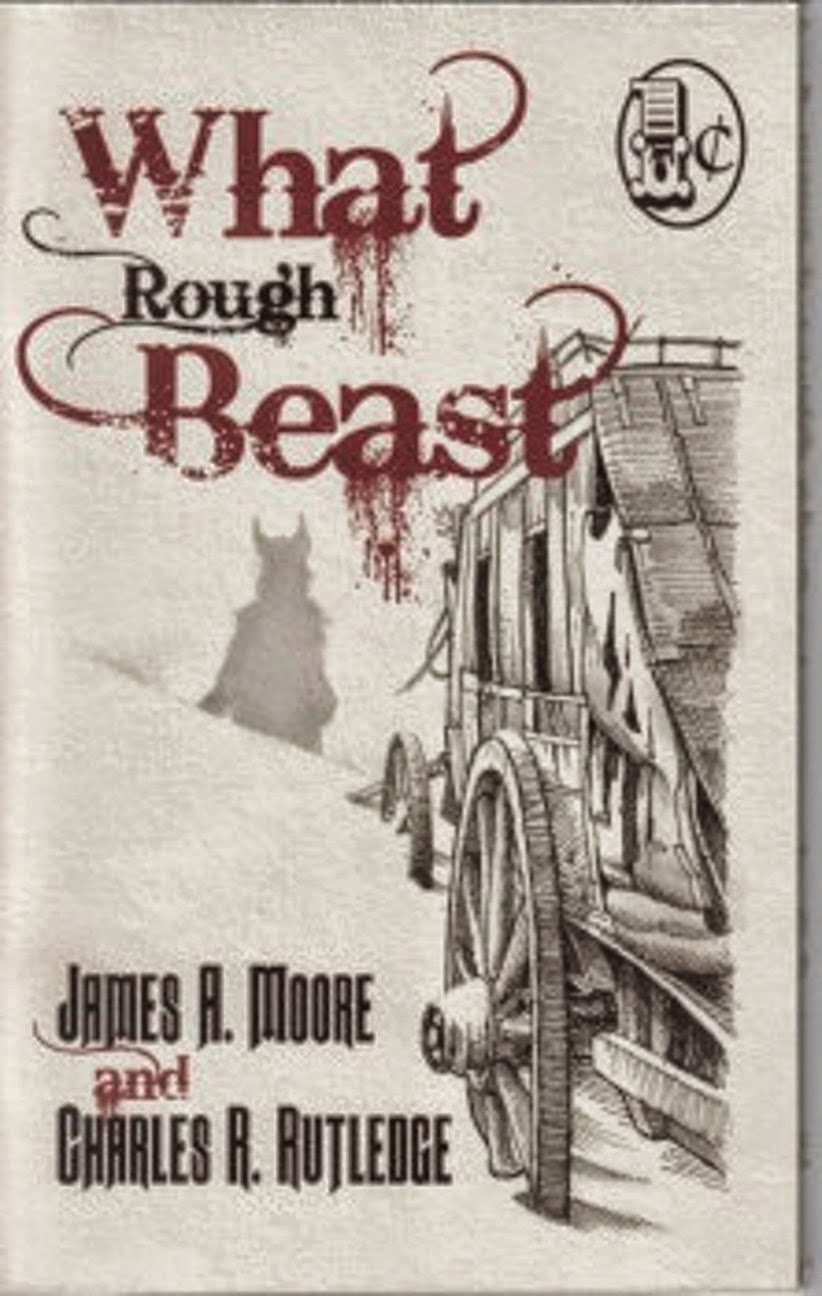 In this chapbook, Jonathan Crowley and the axe-wielding Kharrn battle a pack of werewolves. The immortal barbarian Kharrn appeared alongside Thomas Carnacki in Rutledge’s story “The Beautiful Lady Without Pity: A Carnacki the Ghost-Finder Adventure,” and was mentioned in Moore and Rutledge’s novel Congregations of the Dead, which I covered in a previous Crossover of the Week post. Jonathan Crowley, also an immortal, is a recurring character of Moore's, and encountered one of H.P. Lovecraft's Deep Ones in the book Writ in Blood. The year is not given, but it takes place in the Old West, and there is a reference indicating the Civil West was not long ago, suggesting a placement in the 1870s.