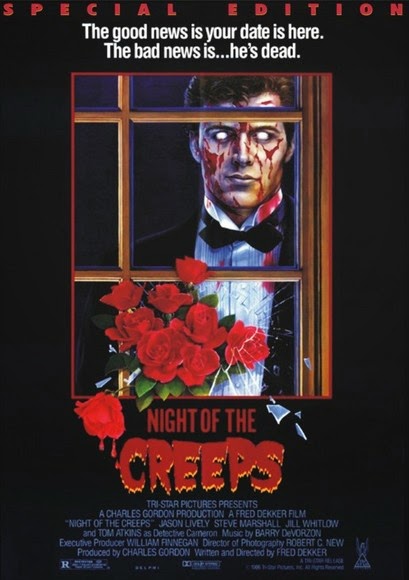 Walt Paisley is the armorer for the police department of a small California town. Walt (or Walter) Paisley is played by Dick Miller, who originated the role in Roger Corman’s film A Bucket of Blood, and reprised it in a number of other films, including The Howling, which Win included in Volume 2. Apparently Walter's suicide at the end of A Bucket of Blood was staged. A public restroom stall’s wall has graffiti on it that reads, “Go Monster Squad!” The Monster Squad, which Win also included in Volume 2, was director Fred Dekker's next film after this one.