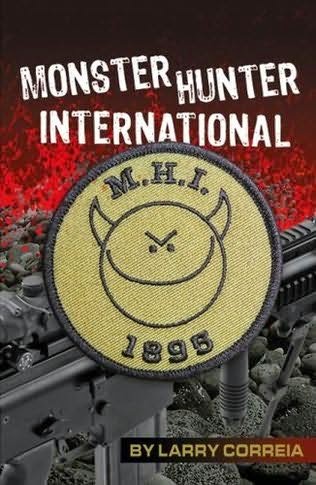 After accountant Owen Pitt kills his boss upon learning that he is a murderous werewolf, he is recruited by Monster Hunter International (M.H.I.), a company that kills monsters to cash in on secret government bounties. Owen is told that Creature from the Black Lagoon was based on a true story, and that both H.P. Lovecraft and J.R.R. Tolkien based their works on stories they heard from monster hunters. M.H.I. battles the Old Ones. Upon hearing the main villain referred to as “C.O.,” Owen thinks, “After having seen him, and feeling a taste of his power, calling the evil creature something so innocuous seemed a little silly. The residents of Tokyo didn’t call Godzilla “Big G.” Earl Harbinger compares the agents of M.H.I. to famous monster hunters of the past, including Odysseus, St. George, Beowulf, and “Van Helsing with firepower.” Julie Shackleford mentions “the Vanni Fucci incident in Dothan a while back.” The references to Lovecraft, the Creature from the Black Lagoon and Abraham Van Helsing link Monster Hunter International and its sequels into the CU. There is a CU version of Godzilla, as seen in Emmanuel Gorlier’s story “Twilight” and Nick Pollotta’s novel Doomsday Exam, but he appears to have spent his existence in the 20th and 21st centuries in captivity. “The Vanni Fucci incident in Dothan” is a reference to Dan Simmons’ short story “Vanni Fucci is Alive and Well and Living in Hell,” itself a follow-up to Dante’s Inferno.