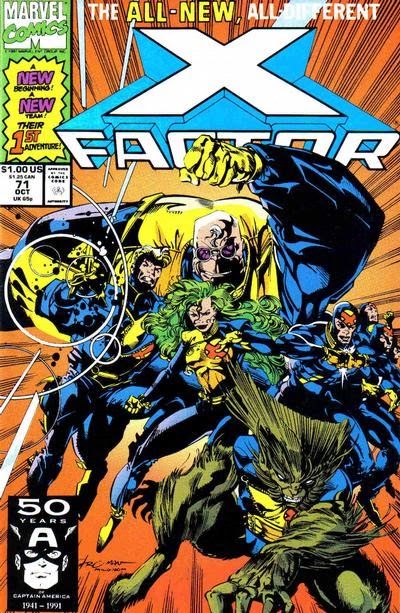 Valerie Cooper, the government liaison to the mutant superteam known as X-Factor, says “I have a brother who’s an FBI agent, and I am so tired of him telling me about these exciting cases he gets…like for instance, this girl they found. She was dead…wrapped in plastic…” The implication is that Val’s brother is Special Agent Dale Cooper from the television series Twin Peaks. The existence of X-Factor and other mutant superhero teams is not compatible with CU continuity, so this story takes place in the Marvel Universe, but not the CU. In addition, Scott Frost’s book The Autobiography of FBI Special Agent Dale Cooper: My Life, My Tapes explicitly states that Dale’s only sibling is an older brother named Emmet.