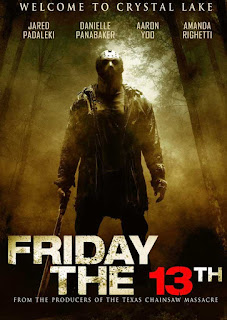 A reboot of the horror franchise. An obnoxious jock named Trent is one of Jason Voorhees’ victims. This is meant to be Trent DeMarco from the movie Transformers, directed by Friday the 13th producer Michael Bay. Travis Van Winkle played Trent in both films. The events of the Transformers films, involving giant shape-changing robots engaging in very public and destructive battles, are incompatible with CU continuity, and therefore I consider those films and this one as taking place in an AU.