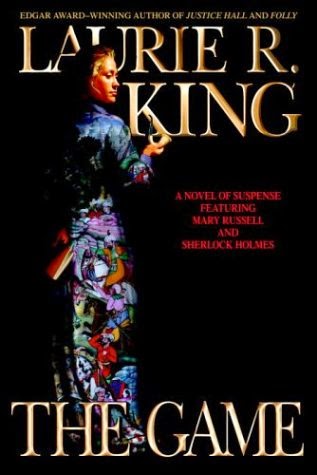 In this novel, Sherlock Holmes and his much younger wife and apprentice, Mary Russell Holmes, are assigned by Sherlock's brother Mycroft to travel to India to search for the missing British agent Kimball O'Hara. O'Hara is the title character of Rudyard Kipling's novel Kim. (As a side note, according to Kipling, Kim's father was a member of a fictional Irish regiment in Afghanistan called the Mavericks. Another Kipling story, "The Mutiny of the Mavericks," describes an Irish revolutionary's ultimately unsuccessful attempt to stir the regiment into mutinying. Therefore, "The Mutiny of the Mavericks" will be in the new volumes.)