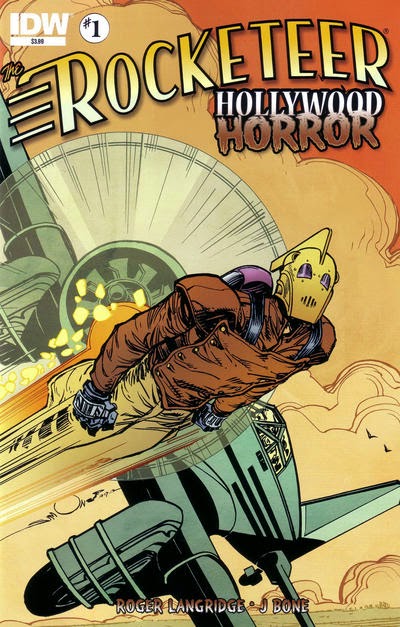 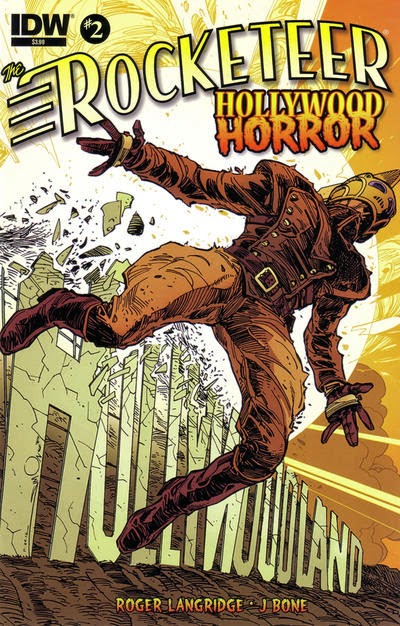 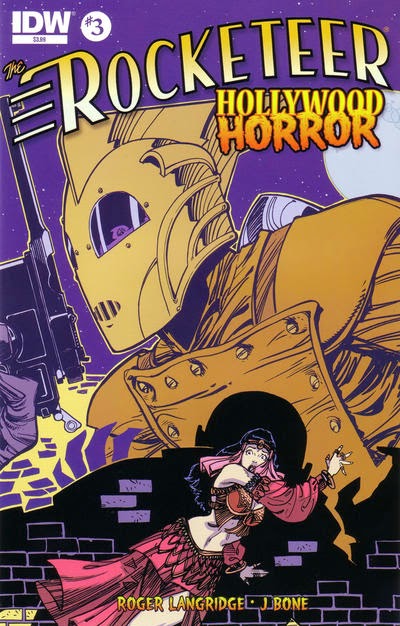 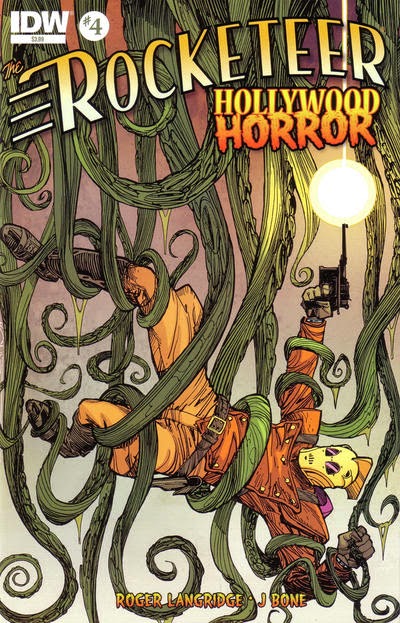 In this miniseries, Cliff Secord battles the evil Otto Rune, who is apparently attempting to unleash a Lovecraftian monster, though it ultimately turns out that the creature is a fake. Cliff is helped on this adventure by a married couple who used to be detectives and have a dog named Asta. These two are meant to be Nick and Nora Charles from Dashiell Hammett's The Thin Man, as well as the films starring William Powell and Myrna Loy. An unnamed Ham and Monk attempt to retrieve the Cirrus X-3 rocket pack from Cliff, but Doc Savage ultimately decides to let Cliff keep it. Cliff briefly comes in contact with two paperhangers, one of whom is named Jeff. These are the title characters of Bud Fisher's comic strip Mutt and Jeff. A friend of Cliff's girlfriend Betty who had fallen victim to Rune meets two desert hillbillies, who are meant to be Snuffy Smith and his wife Loweezy from Billy DeBeck's strip Barney Google and Snuffy Smith. In Hollywood Horror, the Smiths appear to be living in California, but in the comic strip, they lived in the Appalachians. Perhaps they were on vacation.