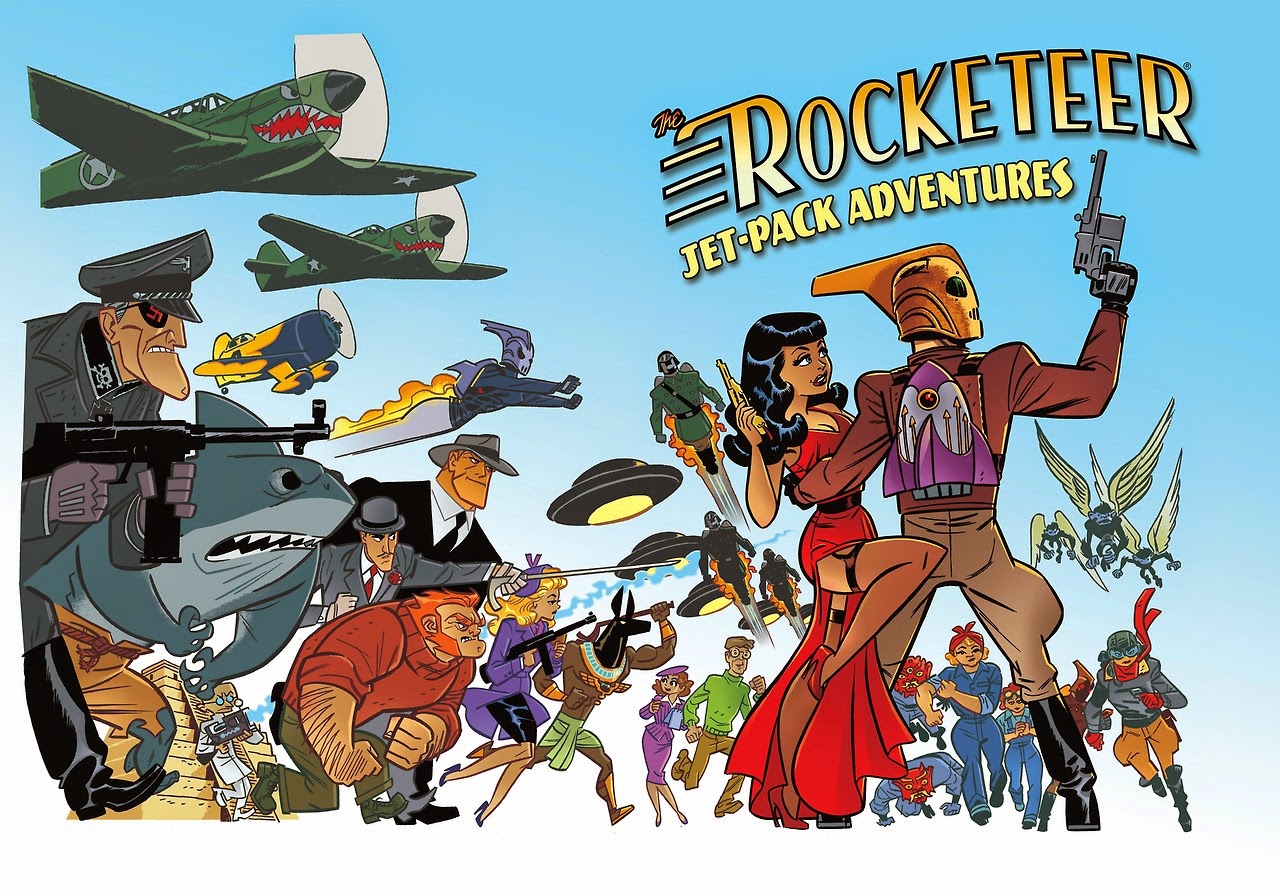 This anthology of prose stories from IDW, which I'm currently reading, has at least five stories with crossovers. In Don Webb's story "Nazis in Paradise," the languages spoken by a linguist on an expedition to Tibet are listed, including Tcho-Tcho, the name of a race in Cthulhu Mythos fiction by August Derleth. Gregory Frost's "Farewell, My Rocketeer" has an appearance by Simon Templar (aka the Saint) and Patricia Holm, though they are only referred to by their first names. In Simon Kurt Unsworth's "Atoll of Terror," a British scientist working for the Nazis says, "Those sanctimonious fools drove me out [of England], just like Moreau before me, another visionary exiled for attempting to expand the scope of mankind." Near the end of Nancy A. Collins' "Codename: Ecstasy," Cliff tells Hedy Lamarr, "I know a guy called Doc who's big on rehabilitation through applied brain surgery. If it works on criminals, it should work on Nazis, too." Lisa Morton's "The Rivet Gang" has Ham and Monk appearing; surprisingly, they're actually referred to by those names, though Doc Savage is only identified as the Big Boss.