Crossover Cover: The Cabinet of Curiosities 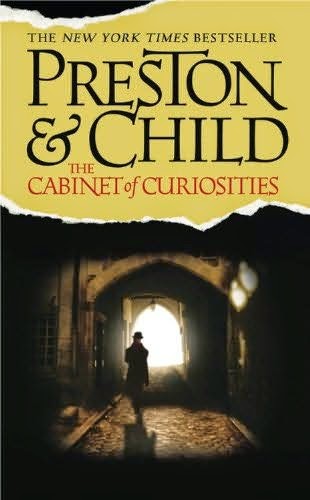 F.B.I. Special Agent Aloysius Pendergast investigates a series of killings that ultimately prove to be the work of his great-grand-uncle Antoine Leng Pendergast, aka Enoch Leng. Among the items in Leng’s cabinet of curiosities is a giant rat from Sumatra. Archaeologist Nora Kelly also appears.

The giant rat from Sumatra is an implicit connection to the Sherlock Holmes stories. Calpurnia Pendergast, a relative of Aloysius, appears in Matthew Ilseman’s Arsène Lupin story “A Theft of China,” confirming Agent Pendergast’s inclusion in the CU. Nora Kelly first appeared in Preston and Child’s novel Thunderhead, which also featured reporter Bill Smithback, a supporting character from the Pendergast books. With this novel, Nora becomes a supporting character in the series as well. Most of Preston and Child’s other collaborations are also connected to the Pendergast series by recurring characters, including Mount Dragon, The Ice Limit, and the Gideon Crew series, which so far consists of Gideon’s Sword and Gideon’s Corpse.
Posted by Sean Levin at 7:45 AM