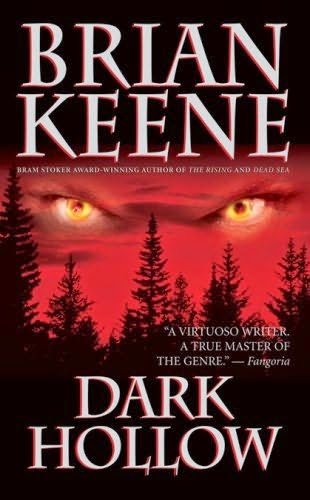 Mid-list writer Adam Senft finds himself battling a malignant satyr, Hylinus, after it is summoned in the area of LeHorn’s Hollow and begins hypnotizing and raping the women of rural Pennsylvania. Senft once dated Becky Schrum. There is a reference to a group of deer hunters that died in a mysterious fire near the Hollow. Detective Hector Ramirez appears, and mentions his involvement in a strange bank robbery case two years earlier. Nelson LeHorn’s copy of the Daemonolateria plays a major role in the story, and LeHorn’s diary, written in 1985, states: “I’ve heard tell of a fellow down south, a Korean War vet. Folks call him Silver John. Walks the Appalachians with a silver-stringed guitar and works some really strong powwow. Hear tell he’s got a real nice singing voice, too. But I don’t think he’s ever made it this far north. Sticks below the Mason-Dixon. And there was an old Amish fella, but he passed on five years ago.” The diary also tells the fate of another occultist, Saul O’Connor, who was found dead covered in a strange fungus. Nodens and the rest of the Thirteen are mentioned. Becky Schrum is a minor character from Keene’s novel Ghoul. The fate of the deer hunters is revealed in Keene’s story “Red Wood,” which also marks the first appearance of LeHorn’s Hollow, a major setting in Keene’s work, including Ghost Walk, “Bunnies in August,” and “The Ghosts of Monsters.” Hector Ramirez and the strange bank robbery are from Keene’s novel Terminal. The Daemonolateria is a fictional book of magic that appears throughout Keene’s works. Nelson LeHorn, the original summoner of Hylinus, also appears in Keene’s short story “Stone Tears.” Although Keene’s Lovecraft references often seem at odds with other sources, and are thus only a tenuous link to the CU, the reference to Manly Wade Wellman’s wandering occult hero Silver John ties the main Keene-verse more solidly into the CU. The “old Amish fella” is Amos Stoltzfus, the father of Keene’s ex-Amish magus Levi Stoltzfus, who appears in Ghost Walk, A Gathering of Crows, “The Witching Tree,” and “Last of the Albatwitches.” The weird fungus is a creation of Behemoth of the Thirteen, and can be seen at work in an alternate universe in Keene’s Earthworm Gods trilogy. Nodens is neither the original Celtic deity nor the Elder God of the Cthulhu Mythos, but rather the greatest among the Thirteen, the main villains of Keene’s Labyrinth mythos.
Posted by Sean Levin at 9:11 AM