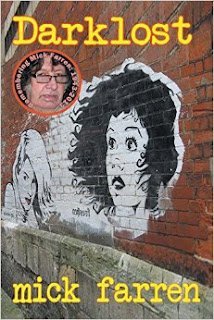 Victor Renquist and his Los Angeles-based vampire Colony fight human cultists who intend to free Cthulhu. A coven member named Julia thinks New Orleans vampires “had gone so far as to form a secret society called Les Enfants du Sangre, and had for a while been totally exploited by a ronin outcast nosferatu who had used the name Eccarius, until the creature had been nailed out in the sun by Cassidy, the notorious loner and wandering iconoclast, one of the few hobo diamonds left among the undead.” Renquist “had lived through the era of the professional witchfinders and vampire hunters of the eighteenth and nineteenth centuries; the depredations of Kronos, Van Helsing, and the unspeakable Feldstein, all of whom had made a professional practice of entering the daytime refuges of his kind to impale with their wooden stakes…” Cthulhu is the most well-known of the Great Old Ones of H. P. Lovecraft’s Mythos. Dr. Abraham Van Helsing is from Bram Stoker’s novel Dracula. Kronos is from the Hammer film Captain Kronos–Vampire Hunter. Feldstein is an original character. Cassidy is from the comic book series Preacher; his confrontation with Eccarius and Les Enfants du Sangre was told in the one-shot Preacher Special: Cassidy–Blood & Whiskey. The Preacher series takes place in a universe where the American president (implicitly Bill Clinton) had a nuclear weapon dropped on the Navajo and Hopi reservations. Since no such event happened in the CU, the Preacher Special: Saint of Killers miniseries and Blood & Whiskey are being treated as the only Preacher stories to have definitely occurred in the CU.