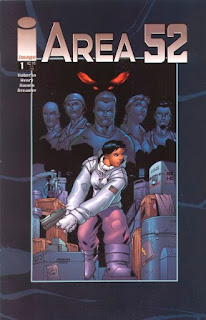 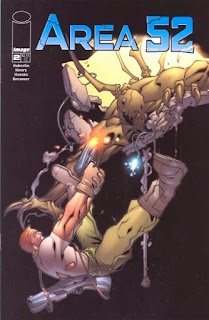 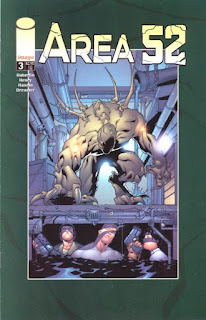 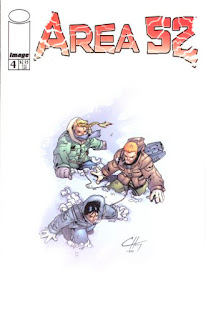 Area 52 is a secret government storage facility in Antarctica where super-weapons, occult items, and other weird stuff are stored. Items held within Area 52 include wreckage from Roswell, the Ark of the Covenant, the Super-Soldier formula, Mjolnir, Wonder Woman’s Lasso of Truth, the Time Machine, and an alien power ring that shoots green energy. The Ark of the Covenant is from the movie Raiders of the Lost Ark, of course. Apparently the Ark was moved to Area 52 from the government warehouse where it was stored in 1936. The Super-Soldier formula turned the frail Steve Rogers into Captain America. Mjolnir is the hammer wielded by the heroic god Thor; it must have passed into Area 52’s hands millennia after Conan gave it to Crom, following the events of “What If Thor of Asgard Had Met Conan the Barbarian?” Wonder Woman’s lasso is self-explanatory. The Time Machine is from H. G. Wells’ novel of the same name. The alien power ring is the one wielded by the superhero Green Lantern. Several of Simon R. Green's novels mention an Area 52 in the Antarctic, further bolstering this series' connection to the CU.