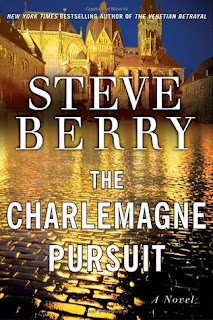 Edwin Davis, a deputy national security advisor to the president, asks Stephanie Nelle, Cotton Malone’s former boss, for help, telling her Scot Harvath already turned down the request. Secret Service agent Scot Harvath appears in a series of novels by Brad Thor. Malone was previously mentioned in the Harvath novel The First Commandment. The death of Malone’s father, which occurred in 1971, is said to have been thirty-eight years ago. However, a year of 2009 would place the events of this novel after its year of publication, 2008. Additionally, the dates given fit 2007 rather than 2009. Therefore, I am regarding the references to thirty-eight years having passed as an error, and placing it in 2007, thirty-six years after the death of Malone’s father.