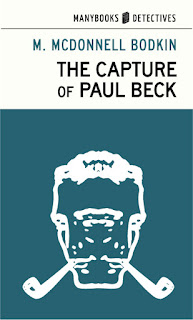 Paul Beck crosses paths with his fellow sleuth Dora Myrl. The two ultimately marry. Dora Myrl previously appeared in Bodkin’s Dora Myrl, the Lady Detective. The year is 1908 based on a reference to Teddy Roosevelt choosing not to seek another presidential term. Paul and Dora are in the CU through references in G. L. Gick’s “The Werewolf of Rutherford Grange” and Barbara Roden’s “The Things That Shall Come Upon Them.”