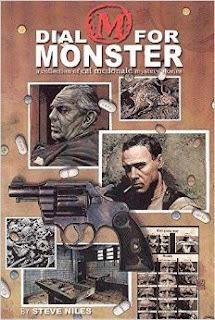 This collection of Cal McDonald stories by Steve Niles includes "The Dead Don't Die," in which Cal

puts down a zombie outbreak in the California desert. While commenting on zombies, he mentions “what happened with radiation in Pittsburgh in the late sixties.” The incident in Pittsburgh is clearly meant as a reference to the events of the first Night of the Living Dead film. Although later films in the series (Dawn of the Dead, Day of the Dead, Land of the Dead, Diary of the Dead, and Survival of the Dead) involve the world being overrun with the walking dead, other sources, such as the Return of the Living Dead films and the Nathaniel Cade novels, show this particular incident was actually very isolated. Some hero must have stopped whatever caused the outbreak to spread in other universes.