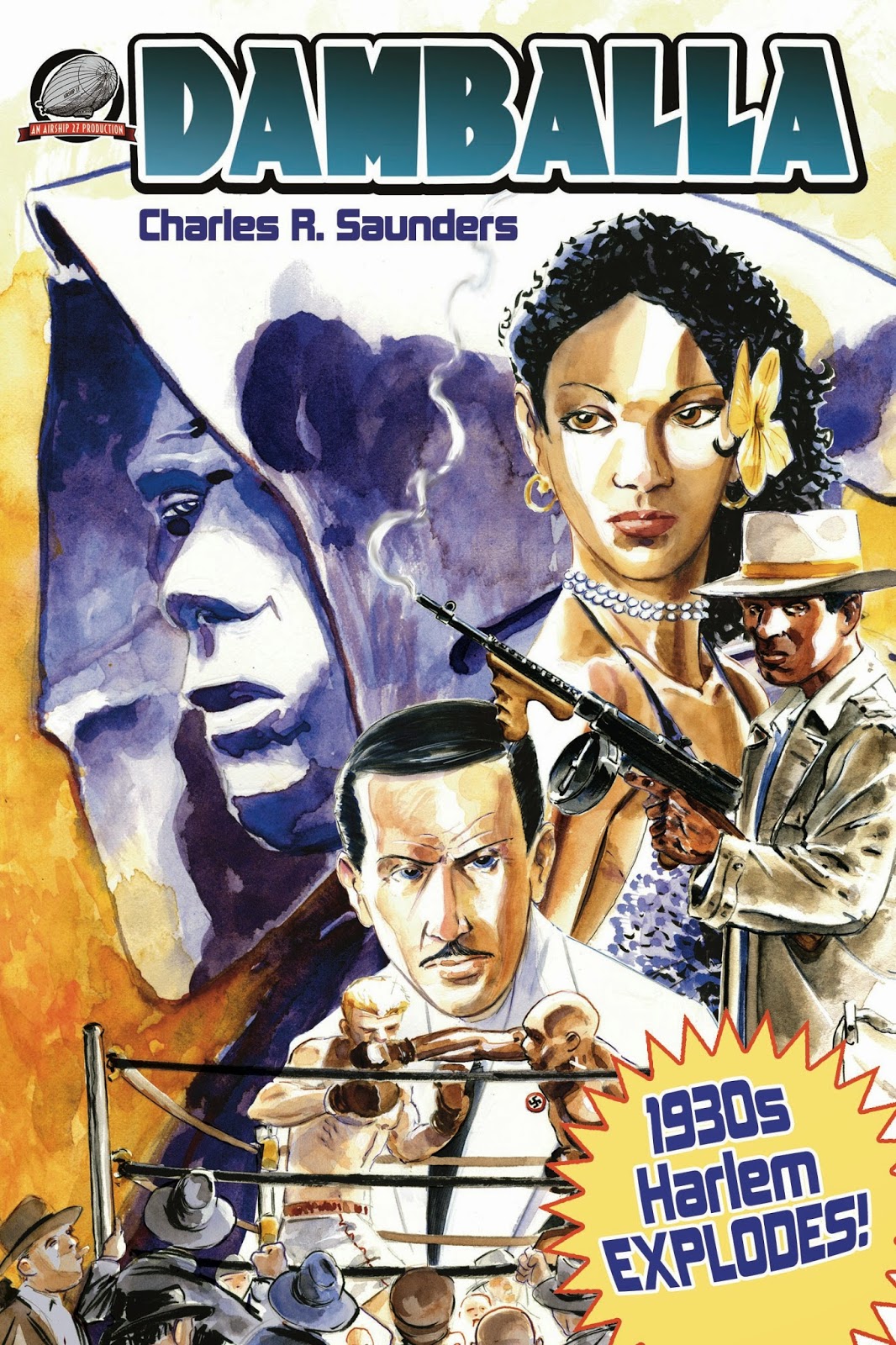 The vigilante Damballa, the son of an African-American missionary and a native African woman, explains his origin to boxer Jackhammer Jackson’s trainer, stating, “I had read with interest about the American guardians of liberty and justice who operate beyond the strictures of the law. People like the Shadow, Doc Savage, Captain Hazzard, Jim Anthony…and I became convinced that our people needed such a defender as well.” The other vigilantes are referred to as real people, bringing Damballa into the CU.