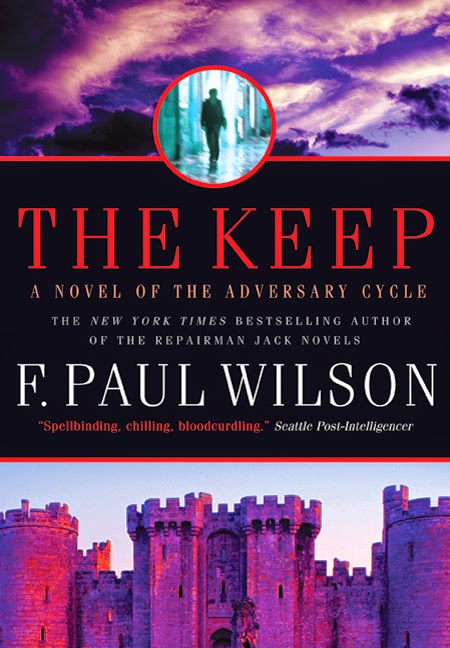 A group of Nazis stationed in a small castle in the Transylvanian Alps find themselves falling victim to the keep’s owner, who appears to be a vampire. Among the books in the keep’s library are the du Nord translation of The Book of Eibon, De Vermis Mysteriis by Ludwig Prinn, Cultes des Goules by Comte d’Erlette, The Pnakotic Manuscripts, The Seven Cryptical Books of Hsan, Unaussprechlichen Kulten by von Juntz, and the Al Azif by Abdul Alhazred. This book is the first chapter of F. Paul Wilson's Adversary Cycle, part of his Secret History of the World, which also includes his Repairman Jack novels and a number of other connected novels and short stories. The appearance of various tomes from the Cthulhu Mythos in The Keep brings the Secret History into the CU, with the exception of the final novel in the Adversary Cycle, Nightworld, which involves apocalyptic events, and as such must take place in an AU.