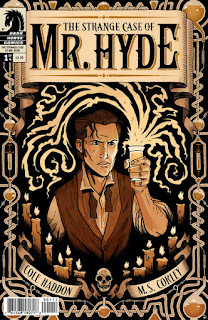 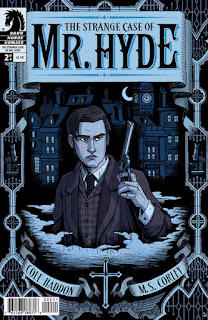 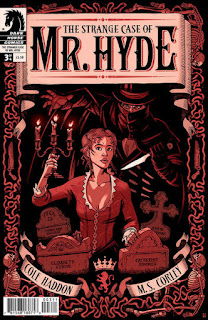 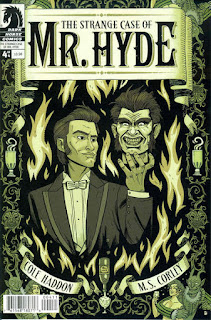 Inspector Thomas Adye releases Henry Jekyll, alias Edward Hyde, from his imprisonment beneath Scotland Yard headquarters to help him track down Jack the Ripper. Jekyll’s friend Moreau appears in a flashback and Jekyll refers to his experiments on his pet beasts. At the conclusion of this tale, Adye begins investigating reports of an invisible man. The implication seems to be that Adye is the Colonel Adye seen in H.G. Wells’ The Invisible Man. However, Wells’ Adye was the chief of police for Port Burdock, rather than being based in London. According to this story, Hyde was arrested five years ago for his crimes, and Scotland Yard allowed the public to believe him dead. Also, Jekyll’s former friend Gabriel Utterson is identified as the Ripper. These details conflict with CU continuity, and therefore I place this series in an AU.