Crossover E-Book: The Belgian and the Beekeeper 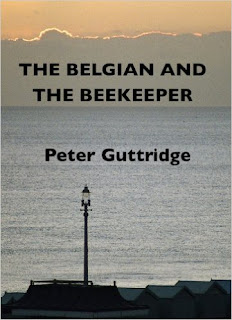 The French detective Jules Poiret (who is frequently confused with Hercule Poirot, a Belgian detective who recently investigated a mysterious affair at Styles) and Sherlock Holmes become involved in a sequel incident to The Sign of The Four, discovering Watson may not have been entirely honest in his account of the case. Jules Poiret, who may have been a partial inspiration for Poirot, is from Frank Howel Evans’ The Murder Club. Hercules Popeau, also cited as a possible inspiration for Poirot, appears in Marie Belloc Lowndes’ story “Popeau Intervenes.” Georges La Touche is from Freeman Wills Crofts’ novel The Cask. Inspector Juve and Fantômas are from Marcel Allain and Pierre Souvestre’s novels. Arsène Lupin is Maurice Leblanc’s gentleman thief. Joseph Rouletabille is a detective created by Gaston Leroux. Sven Hjerson is a fictional Finnish detective created by author Ariadne Oliver in Agatha Christie’s works. The disturbing implications that the Agra treasure was not lost but rather stolen by Watson, who married Mary Morstan in order to capitalize on her newfound wealth, and that he may have later murdered Mary, would be enough to place this story outside CU continuity, but the metafictional piece following it, “Holmes and Watson: A Conversation,” clinches it, with Watson revealing to Holmes they, Poiret, and Poirot are all fictional characters, and the many inconsistencies in Watson’s accounts are really the fault of their creator.