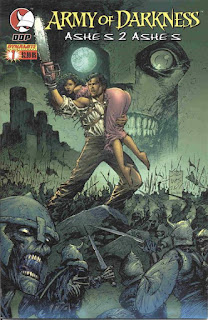 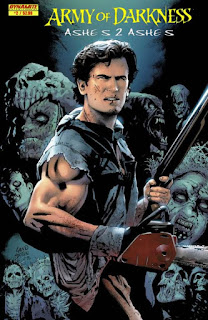 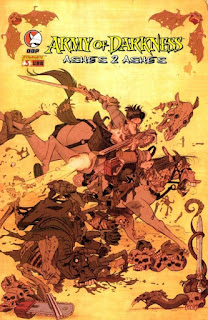 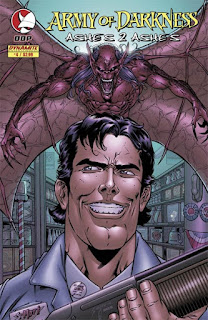 Ash Williams and the Wise Man track the Necronomicon Ex Mortis to an ancient temple which contains what appears to be Indiana Jones’ skeleton. This miniseries takes place concurrent with the first Evil Dead film. The skeleton’s resemblance to Indy is puzzling, considering his appearances as an old man in the framing sequences of The Young Indiana Jones Chronicles, which are set in the 1990s, as well as his encounter with Lara Croft sometime before 2000, after apparently having been rejuvenated back to the prime of life (hence Lara's reference to him being "seemingly ageless").