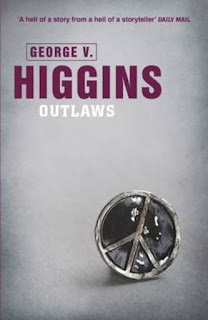 A meeting about bank robberies being committed by a group of young radicals is held in the offices of Ward Keane, District Attorney of Plymouth County. The criminals are later put on trial for murder, with Special Assistant Attorney General Terry Gleason acting as prosecutor. The landlord of the Broad Street Grille is quoted in the Boston Commoner. Keane and Gleason were first mentioned in Higgins’ novel Impostors, which also features Roger Kidd from Higgins' Jerry Kennedy series. The first book in that series, Kennedy for the Defense, has a reference to Robert B. Parker's P.I. Spenser. The Boston Commoner newspaper appears in a number of Higgins’ books, including the aforementioned Impostors; the Jerry Kennedy series; Wonderful Years, Wonderful Years; Victories, a sequel to the novel Trust; and Bomber’s Law.