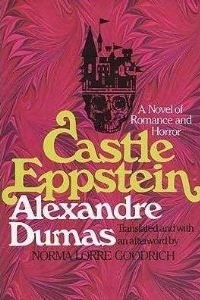 The narrator of the introduction, telling ghost stories, says, “Certainly Hoffmann believed in the reality of his characters: he had seen Master Floh and had known Coppelius.” This reference implies Master Floh (from E. T. A. Hoffman’s novel Master Flea: A Fairy-Tale in Seven Adventures of Two Friends) and Coppelius (from Hoffmann’s story “The Sandman”) exist in the same universe as the characters in this novel. “The Sandman” has already been established as taking place in the Crossover Universe, and therefore both this novel and Master Flea take place in the CU as well. While the introduction takes place contemporaneously with this book’s publication, the rest of the novel happens during the time of Napoleon.
Posted by Sean Levin at 8:02 AM