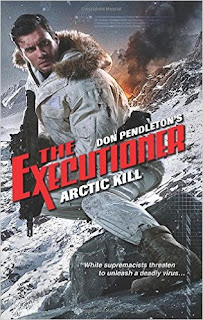 Mack Bolan battles the Society of Thylea, a white supremacist group dating back to World War I. The society believes in the Vril, and their ruling body is known as the Sun-Koh. One of their henchmen is an ex-German Special Forces officer who was nicknamed “Sturmvogel.” Agent Chantecoq of Interpol also appears. The Vril is from Edward Bulwer-Lytton’s The Coming Race. The Sun-Koh is named after Sun Koh, a German pulp character. This Sturmvogel must have been nicknamed after the German pulp character of the same name. Chantecoq, who first appeared in Reynolds’ Executioner novel Border Offensive, is probably a relative of Arthur Bernède’s character Chantecoq, “the King of Detectives.”