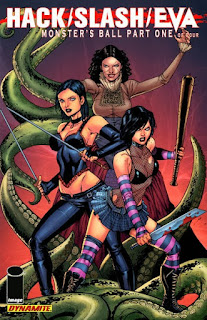 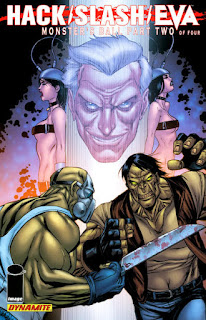 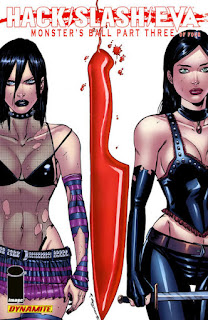 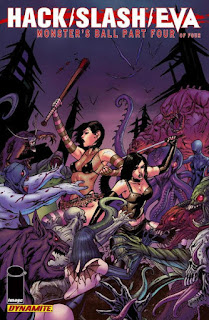 Cassie Hack and Vlad team up with Eva, Daughter of the Dragon, and the vigilantes known as the Ghosts of Old Detroit to rescue Eva’s companion Michael from Doctor Praetorius and Mary Shelley Lovecraft. A Gill-Man can be seen among the slashers whose corpses have been collected by Praetorius and Lovecraft. Eva is allegedly the daughter of Dracula, though more likely “Dracula” is a “soul-clone” of the original Vlad Tepes. Similarly, although Michael is identified as Victor Frankenstein’s monster, the significant difference in personality between the original monster and Michael suggests the latter was actually created by another member of the Frankenstein family. Dr. Praetorius (or Pretorius) is from the film Bride of Frankenstein. It is unknown whether this Gill-Man is the same one that appears in The Creature from the Black Lagoon and its sequels.
Posted by Sean Levin at 9:04 AM