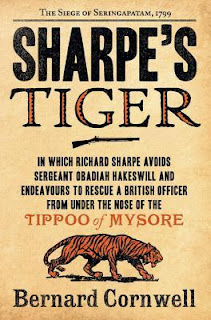 Private Richard Sharpe infiltrates the army of Tippoo Sultan. One of the jewels the Sultan wears is a dagger with a large yellow-white diamond. The French colonel that advises the Sultan says the diamond is called the Moonstone, and supposedly brings misfortune to anyone who steals it. Sharpe does just that. The appearance of the Moonstone (from Wilkie Collins’ novel of the same name) reinforces Sharpe’s presence in the CU.